Episode 79 of Fresh Tracks…
Have you ever thought about the role Grace plays in your life? I hadn’t thought much of it before I spoke with John Baldoni, author of Grace: A Leader’s Guide to a Better Us. Our conversation led to a deep dive in the meaning and role of Grace in our lives as well as the powerful impact embodying this quality has on you and the lives of people you touch. Ultimately, Grace allows you to be a catalyst for the greater good and to live your life in flow.

John shares that being graceful naturally enhances your ability to cut Fresh Tracks. Grace is not a spiritual or esoteric concept – it is in your actions. Grace happens in the doing and is a state of being, like love or joy. Finally, we discuss the role mercy and forgiveness towards our self plays in being graceful. Take a few minutes and grace yourself with the insight’s found in this episode of Fresh Tracks!

Show Notes:
4:30 – A look at what Grace is and why it is a valuable trait for leaders
9:45 – The lens you view life through: abundance or scarcity
11:15 – Generosity. Respect. Action. Compassion. Energy
16:20 – Why helping someone is a generative process
20:30 – The grace in doing
23:30 – The valuable role of trust in the quality of grace
27:00 – How mercy and forgiveness enables grace in yourself
29:00 – Tips for leaning in to Grace when faced with difficult situations
32:30 – Why patience plays an essential role in embodying Grace

About John Baldoni
John Baldoni is an internationally recognized leadership consultant, coach, and author of 14 books that have been translated into 10 languages.
In 2018 Inc.com named Baldoni a Top 100 speaker and Trust Across America honored him with its Lifetime Achievement Award for Trust. In 2019 Global Gurus ranked him #9 on its list of Top 30 global leadership experts, a list he has been on since 2007.
As a highly sought-after executive coach and leadership educator, he has had the privilege of working with senior leaders in virtually every industry from health care to real estate, packaged goods to automobiles, and finance and technology.

In episode 67 of Fresh Tracks I speak with leadership consultant, speaker, and best-selling author Steve Farber about what it means to be a true leader. His lofty plans to change the world one person at a time through his Greater Than Yourself project are shared, along with the understanding that the highest purpose of our work is the development of other people are all discussed on the show. Steve shares that our ability to shift from a “me” perspective to an “us” perspective changes everything ranging from people wanting to be around us to the respect we receive.

Running your life and your business knowing that we are all connected rather than feeling you are alone effects not only your results but how you feel as a person contributing to your company, society, and your family. Steve shares that life and business are not a win-lose, zero sum game. It’s the quality of the relationships we have that are important.

Our ability to create a culture of giving, to facilitate relationships and share knowledge, life lessons, connections and experience are invaluable gifts to share with others. Seeing our world and working with others from a place of giving rather than hording knowledge and information to control and have power over others are just a few of the skills that make you an extreme leader. Check out this week’s show and learn the Ultimate Lesson of True Leadership with Steve Farber!

2:45 – How the greatest leaders become the greatest leaders and do extraordinary things
6:00 – Recognizing your ability to influence people to change the world for the better
9:10 – How to be the kind of leader that people want to be around
11:10 – What can you do to ensure everyone that does business with you will be elevated in their life or their business?
17:00 – Choosing your GTY project
19:40 – The Greater Than Yourself pillars
25:00 – Taking your personal inventory
31:00 – How do you show your clients and others that you love them?

About Steve
Steve Farber is founder of The Extreme Leadership Institute, an organization devoted to changing the world through the cultivation and development of extreme leaders in business, nonprofits, education, and beyond. Listed on Inc.’s ranking of the Top 50 Leadership and Management Experts in the world, and #1 on Huffington Post’s 12 Business Speakers to See, Farber is a bestselling author, popular keynote speaker, and a seasoned leadership coach and consultant who has worked with a vast array of public and private organizations in virtually every arena.

In episode 63 I speak with Dr. Gary Klein, founder of the Naturalist Decision Making movement. Gary discusses how we really make decisions and why the traditional, rational decision-making process that is taught in school is ineffective. Real decision-making is done on a subconscious level and is called naturalistic decision making. In this week’s show we discuss why experts make rapid decisions and how patterns play a role in the decision-making process. Struggling to make decisions while cutting Fresh Tracks? How to make and trust your decisions when you are doing something new as well as being open to see what you can be achieving instead of what you are not is covered.

Dr. Klein also discusses the role mindsets play in making decisions and gives examples on how we can change our mindsets systematically. There are, in fact, two types of mindsets; fixed mindset and a growth mindset. Which one you favor most effects your ability to cut Fresh Tracks. Struggling to make a decision? Gary shares that presenting things in a nontraditional manner or seeing the world through a different lens may allow you to see your problems in a new light and make the decision-making process easier.

2:00 –Understanding how we don’t make decisions is key to understanding how we do
6:00 – How experts make decisions and how to learn from it
9:10—Why you should listen to your intuition but don’t trust it when doing something new
11:50 – How our mindsets affect our ability to make decisions and change.
16:00 – The danger of holding on to your initial goal rather than looking at what can work
20:42 – Recognizing when to change the plan vs change the goal
23:00 – The art of being stupid
27:00 – How to change your mindset systematically

Gary Klein, Ph.D., is known for (a) the cognitive models he described, such as the Recognition-Primed Decision (RPD) model, the Data/Frame model of sensemaking, the Management By Discovery model of planning in complex settings, and the Triple Path model of insight, (b) the methods he developed, including techniques for Cognitive Task Analysis, the PreMortem method of risk assessment, and the ShadowBox training approach, and (c) the movement he helped to found in 1989 — Naturalistic Decision Making.

The company he started in 1978, Klein Associates, grew to 37 employees by the time he sold it in 2005.  He formed his new company, ShadowBox LLC, in 2014. The five books he has written, including Sources of Power: How people make decisions, and Seeing What Others Don’t: The remarkable ways we gain insights, have been translated into 12 languages and have collectively sold more than 100,000 copies.

In episode 61 of Fresh Tracks with Kelly Robbins I share with you Charlie Harary, who speaks with us about unlocking our greatness. Charlie is driven by the belief that the potential for greatness resides within us and shares ancient wisdom, the practices of societies greatest leaders, and the latest brain research in our interview.

Charlie tells us that the key to realizing your full potential starts by tapping into the astonishing ability of your brain by understanding its neuroplasticity. Why? More often than not, our own mental obstacles are holding us back from the joy, fulfillment, and meaning we all crave; by retooling our perspective, we gain the ability to see the path toward the life we truly desire.

Advice for cutting Fresh Tracks – God gives us the ability to survive, it’s our job to learn how to thrive says Charlie. One way to accomplish this goal is to be great in the micro moments, because you are training your brain to react to the world from a perspective of greatness.

3:15 – We create our own brain…What Neuroplasticity is and how it effects how you see things
7:25 – Giving vs taking energy and why it matters
11:15 – Recognizing what the higher path is and why it’s always a choice
15:00 – The role of visualization in unlocking your greatness
21:30 – Relationships and why they are an integral key to unlocking greatness
26:15 – The vital role of finding something in life that you can get better at
31:00 – The role clarity plays in achieving greatness 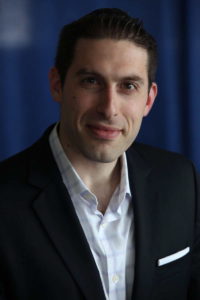 Charlie Harary is an author and internationally known speaker sought out for his lectures, seminars and keynote addresses on business intelligence, performance management and personal empowerment. He is the Senior Director of Capital Markets at RXR Realty, a multi-billion dollar real estate company based in New York. He hosts a weekly radio show on the NSN radio network and the Unlocking Greatness podcast. Upon its launch in 2015, Unlocking Greatness made it to the Top 10 on iTunes’ New & Noteworthy Business Podcasts list.

Episode 22 –Alexis talks about what it means to be a leader as an entrepreneur and recognizing the importance of the impact we have on changing the lives of others. Leadership of self is an important place of consciousness and as a leader of self you are truly the embodiment of what you stand for. By walking your talk you are being a leader of what you believe and you doing so allows others to do the same.

Understanding ourselves, pushing ourselves, and living the life we choose to is what makes us leaders. Alexis shares that starting a business is an evolution, and if you are not sure about who you are and what you stand for the best thing you can do is start taking action and be in relationship with others. It’s the best way to learn about yourself and what you stand for. Go out and create different experiences and engage in conversations is a great way to develop into the leader you are born to be.

Alexis also shares how confidence presents in our physical body. Women pull their confidence from their body, men from their knowledge. Because we are judged so much by our bodies many women have a difficult time feeling worthy because we aren’t dealing with the shame we may feel of our bodies. Finally Alexis discloses what’s really happening when you feel like you are an outsider looking in – and what to do about it.

Show Notes:
1:30 – Alexis’s journey from forensic social work to entrepreneur.
5:40 – What it really means to be a leader. Being the embodiment of what you stand for.
8:20 – What to do if you’re not sure of your purpose
12:15 – How to develop rock solid confidence and trust in yourself as a leader and a business owner
13:26 – Body image and the shocking role it plays in your confidence
16:29 – Recognizing your confidence or lack thereof
25:10 – How to know when it’s time to get deep healing when you are stuck 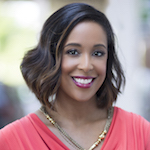 About Alexis
Alexis Logan helps high level conscious leaders and change-makers increase their visibility, income, and impact. The founder of Soulful And Wealthy, she’s helped some of the most successful thought leaders and coaches increase their self-worth and confidence to become the hottest leaders in their industries.

Trained as a forensic social worker, Alexis gets to the root of things quickly so her clients handle the real issue standing in the way of their success. She’ll share her simple strategies to up-level your mindset, embody your true strength, and become the leader you were born to be.
www.alexiselogan.com