In episode 70 of Fresh Tracks I speak with entrepreneur and author Rhett Power. Rhett shares his personal journey building a multi-million-dollar business and offers insights into how he continued on despite the appearance of repeated failure. Forced to analyze what was holding his company back, Rhett got the ‘big order’ of his life and quickly realized it would take more than a few quick fixes to transform his company into a success. Rhett shares how his positive relationships with his vendors and others is what helped him and his partner take their company to one of Inc. Magazine’s 500 Fastest Growing Companies two years in a row.

Rhett tells us how the struggle building a company defined who he is today and why he doesn’t go into a venture with a plan B. Part of his key to success is knowing and following his own tolerance level. For Rhett this meant knowing when to not give up and go back to the safe, secure corporate job he had and continue to work on his business. Finally, Rhett shares the importance of having a personal mission statement and what you may learn by creating your own.

1:30 – Rhett’s journey building a 9-million-dollar company
6:20 – Rhett’s advice on how to know when to keep going or when to quit
8:55 – The role trusting yourself plays in making decisions
11:15 – How tenacity and relationships led to his BIG sale
14:00 – The day his company went from $80K a year to $9 million a year
16:20 – Relationships and their ability to make or break your growth
20:05 – One thing you can do to avoid floating through life
24:00 – What to put in place to make decisions in alignment with your values 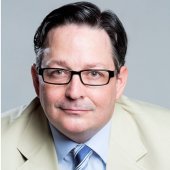 Rhett Power is the author of THE ENTREPRENEUR’S BOOK OF ACTIONS and the Amazon bestseller One Million Frogs. He is also the co-founder of Wild Creations, an award-winning start-up toy company. He serves as a Columnist for Inc. Magazine and CNBC.com’s Make It series, where he shares advice on entrepreneurship, business, career growth and personal growth.

In addition to THE ENTREPRENEUR’S BOOK OF ACTIONS, Power is the author of Amazon bestseller ONE MILLION FROGS. Prior to founding Wild Creations, Power worked as an economic and small business development consultant for the United States Agency for International Development (USAID), serving seven years in the former Soviet Republics of Central Asia. Prior to that, he was Director of National Service Programs for Habitat for Humanity, which included being Habitat’s chief liaison to The White House, Congress, and the Corporation for National Service.

A member of the United States Department of State’s International Speakers Program, Power travels the globe speaking about entrepreneurship, leadership, and management alongside the likes of Gates Foundation CEO Sue Desmond-Hellmann, AOL Founder Steve Case, and President Barack Obama. He has written for The Huffington Post, Time, and The Wall Street Journal and is a regular columnist for Inc., Success Magazine, and Business Insider.